“No island stands on the horizon
of our civilization, a front more radiant of Sicily.
It points to three continents and integrates the features.
Three times over the centuries, it was the most brilliant center
of the Mediterranean world”.
Roger Peyrefitte, Du Vesuve à l’Etna. 1955 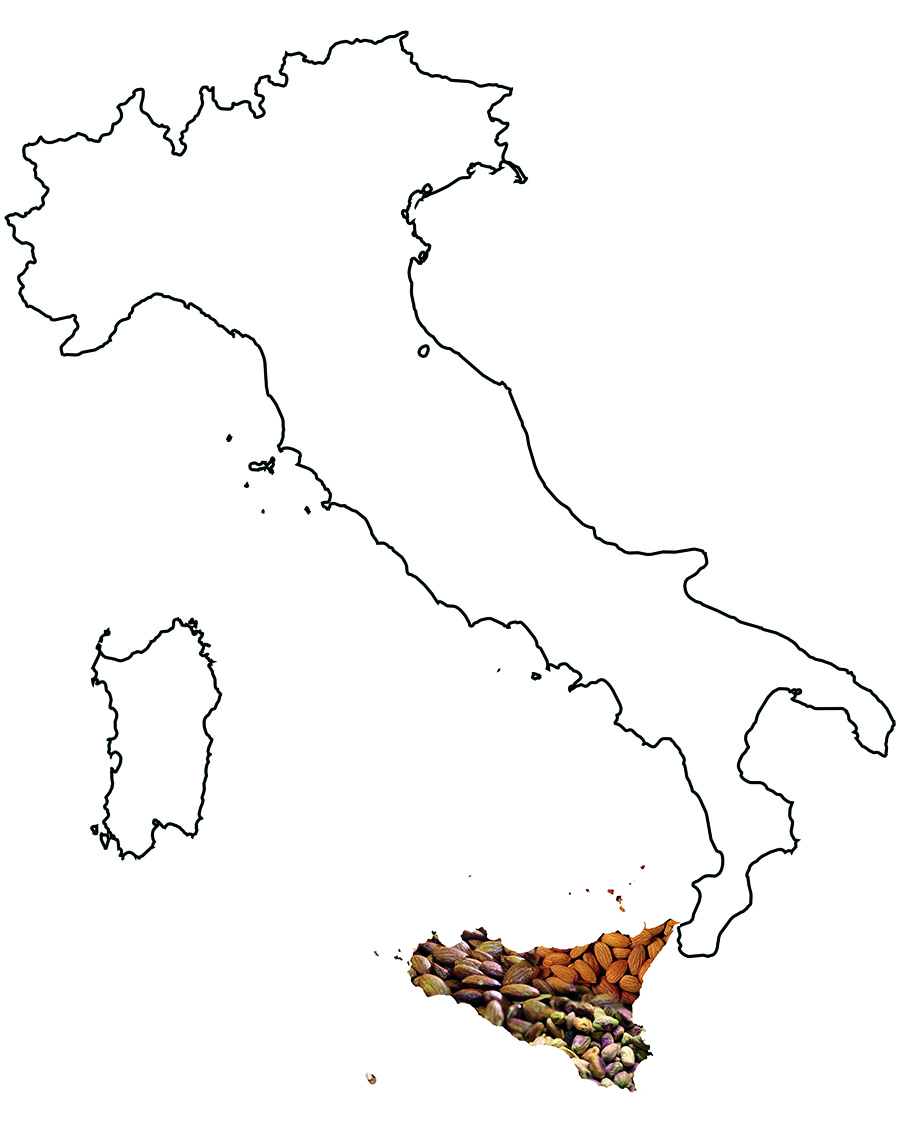 Italy is currently the country that has the largest number of UNESCO World Heritage Sites on the list of World Heritage Sites. Of the 44 sites present in Italy, 6 are found in Sicily reflecting the significant value of the historical, artistic and natural heritage of the region. The history of this region derives from prehistoric times, through the Greeks, Romans, Byzantines, Arabs and Normans.

Ask an Italian what are the “best” regions for local specialties and they’ll say that the best food in Italy comes from their own hometown or, more specifically, from their own mother’s kitchen. Fair enough: there is great food being made all over Italy. But if you surveyed the entire country and asked the honest question, “which region outside of your own has the best cuisine?” then Sicily is most everyone’s answer. And for good reason. Over the centuries, Sicilian cuisine has adopted the best food traditions from every other culture that invaded its shores and conquered its people. Then once the occupiers left or were driven out, the food stayed behind.

Sicily boasts history and literature that are inextricably intertwined with the gastronomic culture.
How can we forget the banquet of “The Leopard” (“Il Gattopardo”), or even the “Pasta alla Norma” dedicated to the opera by Vincenzo Bellini?
Italy by Love dedicates its collections to this heritage.
And so two different recipes of “Sicilian Caponata” are made, named “Orlando” and “Rinaldo”, protagonists of “Orlando Furioso” by Ludovico Ariosto and of the Sicilian marionette theater “Opera dei Pupi”, or even the sweets that resemble the characters of “The Leopard”, as the almond pastry “Tancredi” and the pistachio brittle “Angelica”.*

*In 2008 UNESCO placed the Opera dei Pupi on the Representative List of the Oral and Intangible Heritage of Humanity. It was the first Italian Heritage to be placed on this list.